5 Cool Secret Codes Hiding In Plain Sight Around The World

You can find Easter eggs everywhere — hidden in DVD menus, tucked away in video games … heck, we’ve even heard that, for one day a year, the Easter eggs are actual eggs hidden in the real world. Bizarre, right? But if you can’t wait for that day (or if you have no interest in collecting ground eggs), there are other, far better secrets hidden all around you. Like …

“Dead dropping” is a practice wherein tech-savvy hipsters glue USB ports onto public spaces, like walls and bridges, for random people to stumble across and dig into. 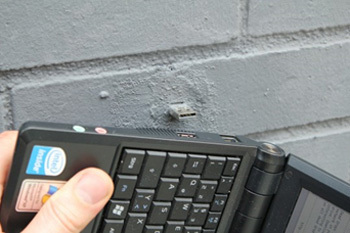 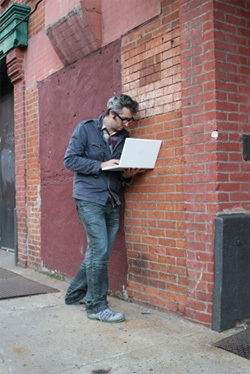 The chance of getting a dick pic is approximately 100 percent.

The idea is the brainchild of Aram Bartholl of EYEBEAM, an experimental tech agency combining art with modern computing technology. Bartholl was inspired by the Cold War-era espionage technique of hiding sensitive information in plain sight — say, behind a loose brick or under a creaky floorboard.

But what presumably started as an overkill way for Bartholl to hide his pornography has since blossomed into a global trend, with at least 1,500 known installations around the world, featuring anything from cute cat pictures to recipes to instructions on how to build bombs. 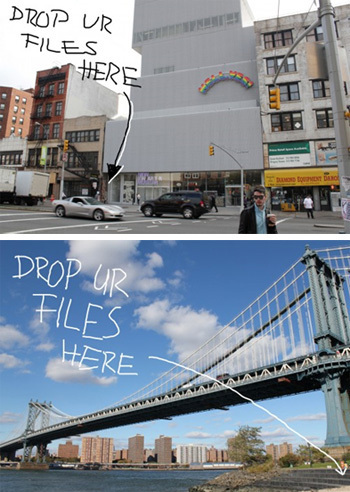 As far as we’re aware, no horrific viruses have spread through the project, but there have been enough terrorist manifestos and crystal meth recipes to draw the attention of police.

Uh … nobody tell the police about the internet. They’d have a fit.

Before GPS technology gently guided us into the ocean instead of our intended destination, Native Americans needed to navigate the wilderness. So they marked their walking trails with saplings, tying them down in such a way that the trunks were forced to grow into specific patterns. 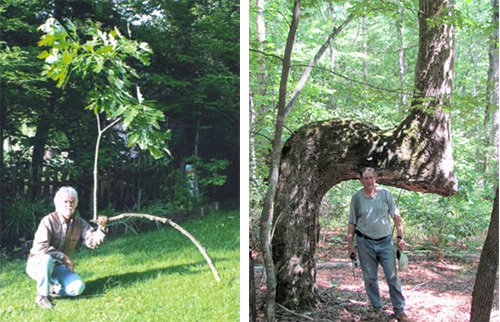 It took decades. They … didn’t have much to do back then.

Many of these “trail trees” are still out there in the American wild, although the trails that they originally marked haven’t been used for hundreds of years. Luckily, some hobbyists have taken to rediscovering these trails by identifying the markers and recording their locations, because some freaks like to spend their time exploring history and nature instead of the depths of their own depravity, like we do. 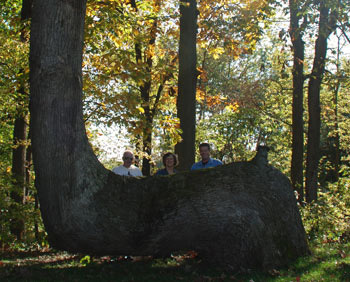 Though come to think of it, we can think of a couple depraved things to do to that tree.

Somewhere around 2,000 trail trees have been recorded across 40 states and Canada. So if you’re ever taking a stroll through the forests of North America and come upon an unnaturally bent tree, it’s possible you’ve stumbled on a thousand-year-old marker of historic value. Or it’s just a weird tree! It all depends on how interesting you want to pretend your life is.

#3. The Giant Concrete Arrows Scattered All Across The U.S.

If you ever find yourself stranded in the American desert without food or water, and you come across a crumbling concrete arrow half buried in the dirt, you might think you’ve been saved. 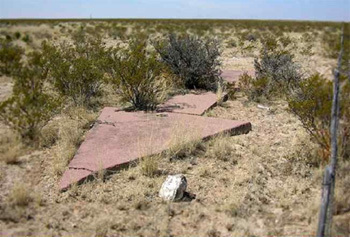 “Clearly, this leads to a KFC!”

Here’s the story: Fewer than 20 years after the Wright Brothers’ historic flight, the U.S. Postal Service was already using planes to shorten cross-country mail delivery times from weeks to days. The problem was that, in those early days, pilots had no idea how to navigate in the air. The Postal Service addressed this problem by covering the landscape in giant arrows. At the time, the arrows were painted bright yellow and accompanied by tall beacon towers to facilitate navigation at night. 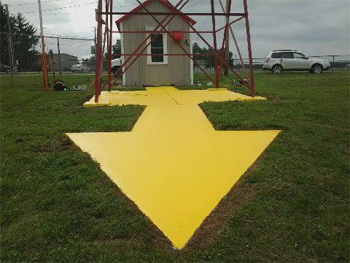 It was way better than the first plan, which involved setting whole cities on fire.

In 1929, the network stretched from San Francisco to New York, and at its zenith included over 1,500 beacons, spaced about 10 miles apart over 18,000 miles of land. Eventually, the system was abandoned in favor of much more practical radio guidance technology. Now that ground-based navigation was no longer necessary, the arrows fell into disuse, and when World War II rolled around, the beacon towers were knocked down because the military needed the metal to fight Hitler. Now, all that remain are the concrete arrows. 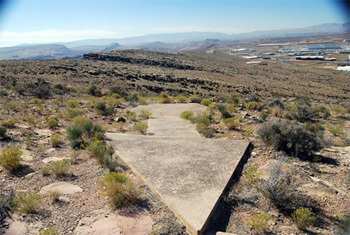 Concrete was useless against Hitler’s Nazibots.

If you know where to look, you can still find the sun-bleached arrows stretched along the barren desert landscape pointing in a straight line from coast to coast, like a futile video game quest with no reward. Well, unless you consider “the journey itself” to be the reward. In which case, oh my god shut up.

5 Terms That Mean Video Game Marketers Are Lying To You

4 Ways You Are Being ‘Aged Out’ By The Gaming Industry